Modern slavery and money laundering are interlinked because one person's exploitation leads to another person's financial gain. This blog explores what modern slavery entails, how that's linked to money-laundering, and what financial institutions can do in the fight to prevent it happening. 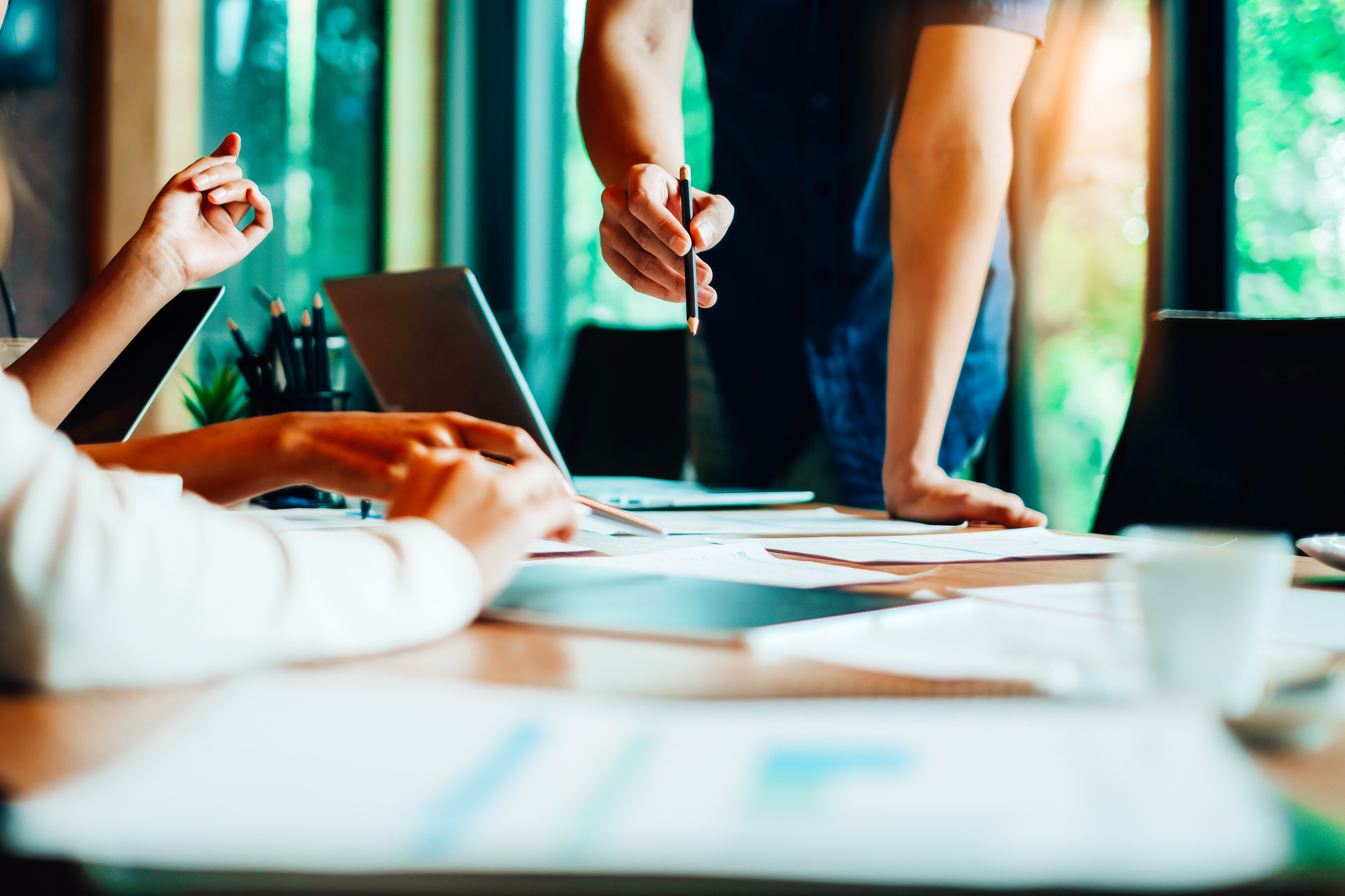 Far from being a thing of the past, slavery is very much alive and ruining lives around the world today. Now called “modern slavery”, it is the same deplorable criminal action of the oppression and exploitation of one person by another.

According to a definition provided by the London Metropolitan Police “Modern slavery is the illegal exploitation of people for personal or commercial gain.” This is accurate and a true statement, but it doesn’t seem to do justice to the offence, or the individuals impacted by it.

The victims become a homogenous mass rather than being mothers and fathers; sons and daughters; brothers and sisters. And the term exploitation somehow doesn’t feel up to the job of describing the hideous crimes associated with modern slavery. It is certainly vastly different from taking advantage of someone to make money. ‍

The most common types of modern slavery

Modern slavery is associated with a variety of human rights abuses and crimes, including sexual exploitation, domestic slavery, unpaid and forced labour, people trafficking and even organ harvesting, which was estimated to have generated between $840 million and $1.7 billion in illegal funds globally in 2017. Five years later, is that sum likely to have declined? Doubtful.

There are different types of modern slavery, however one of the most common is human trafficking. People will be taken by force, threat or deception and moved to another location – often another country – where they are then ruthlessly exploited.

People might be trafficked for a number of purposes: forced into prostitution; made to work in the illegal drug trade; or used as unpaid domestic servants. The number of people trafficked each year across the world is nearly impossible to estimate. The figures vary hugely from thousands to millions. The UK government website for example says “the number of potential victims…has risen from 2,340 in 2014 to more than 10,000 in 2020.” And it seems likely that this is a very conservative estimate, because by its nature modern slavery is designed to go undetected.

The truth however is that one person trafficked and forced to do something against their will is one person too many.‍

In 2014, the UK government launched its first slavery strategy, which was followed by the Modern Slavery Act of 2015. This legislation has been taken as a blueprint by many other countries also trying to tackle the issue.

The problem is that the method and means of enslaving people continues to change. For instance, women have more usually been enslaved, however the proportion of children and men becoming victims of modern slavery has increased since the 2015 act.

In a statement on modern slavery from the Home Secretary, Priti Patel, she says that while progress has been made since initiating the slavery strategy in 2014, she is committed to creating “a new strategy in 2022 that is responsive to the new realities [of modern slavery].”

What this new strategy will include we don’t know. What we do know is that money is at the root of modern slavery. Remember what the Met Police said? Modern slavery is ultimately about “personal or commercial gain.” It’s not motivated by the desire to take away someone’s human rights, that’s an horrendous consequence, it’s motivated by gain i.e., making money at the expense of someone else's life and freedom.

Why are modern slavery and money laundering linked?

Modern slavery and money laundering are essentially linked because the money criminals and illicit companies make from modern slavery needs to be “cleaned” so it can enter the mainstream economy.

The types of crime associated with modern slavery are often cash-based, which means various money laundering tactics are needed to process this cash to try and make it legitimate.

And because money is at the root (and branches) of modern slavery, financial institutions have a vital role to play in its prevention by way of anti-money laundering (AML) strategies and compliance with AML regulations.

A financial institution’s role in AML could be anything from a process of robust Know Your Customer (KYC) checks before onboarding an individual or corporate customer and allowing them to transact through the business to ongoing risk monitoring that looks at ultimate business owners (UBOs), unexplained wealth, and unusual transactions.

Anti-money laundering (AML) procedures are a financial institution's (FI) legal and moral obligation. They are how FIs play a part in stopping modern slavery.

FIs implement AML policies and procedures that consider how their business could be used to launder funds and how they plan to control and mitigate that risk. This spans the whole customer lifecycle from due diligence at onboarding to ongoing risk monitoring.

The AML policy an FI chooses will also influence the series of KYC checks used to prevent criminals being onboarded and ensures suspicious or criminal activity is identified and reported to the relevant authorities.

Perpetual KYC is another important tool in the AML armoury, as duties and responsibilities don’t begin and end at customer onboarding. With the right solution in place, any change in a customer’s profile or risk status that mean their account could be being used to launder funds can be flagged, investigated, and reported.

Employee training is a big factor in the fight against money laundering and therefore modern slavery by association. Firms can put controls and automated AML procedures in place, but it’s often the people in the business who spot new and suspicious scenarios. They are the ones who can report unusual activity on accounts or flag clients who might have been highlighted in a monitoring system as suspicious.

1)     The ICAEW has prepared a useful AML checklist, which provides practical guidance on what needs to be considered and put in place to achieve compliance with AML laws.

2)     To understand more about modern slavery and how to fight it, listen to this Moody’s Talks podcast – KYC decoded - which explains the issue in detail with subject matter experts.

PassFort is a SaaS RegTech solution used by financial services companies around the world to automate and orchestrate AML processes. AML checks help firms build a picture of risk associated with an individual or corporate customer, enabling them to make risk-based decisions about whether to onboard and transact with them or not.

PassFort also helps financial institutions manage AML risks on an ongoing basis with KYC checks able to be run and rerun within any timeframe.

If you are looking for support with your AML processes to help prevent crimes like modern slavery, please get in touch – we would love to hear from you. 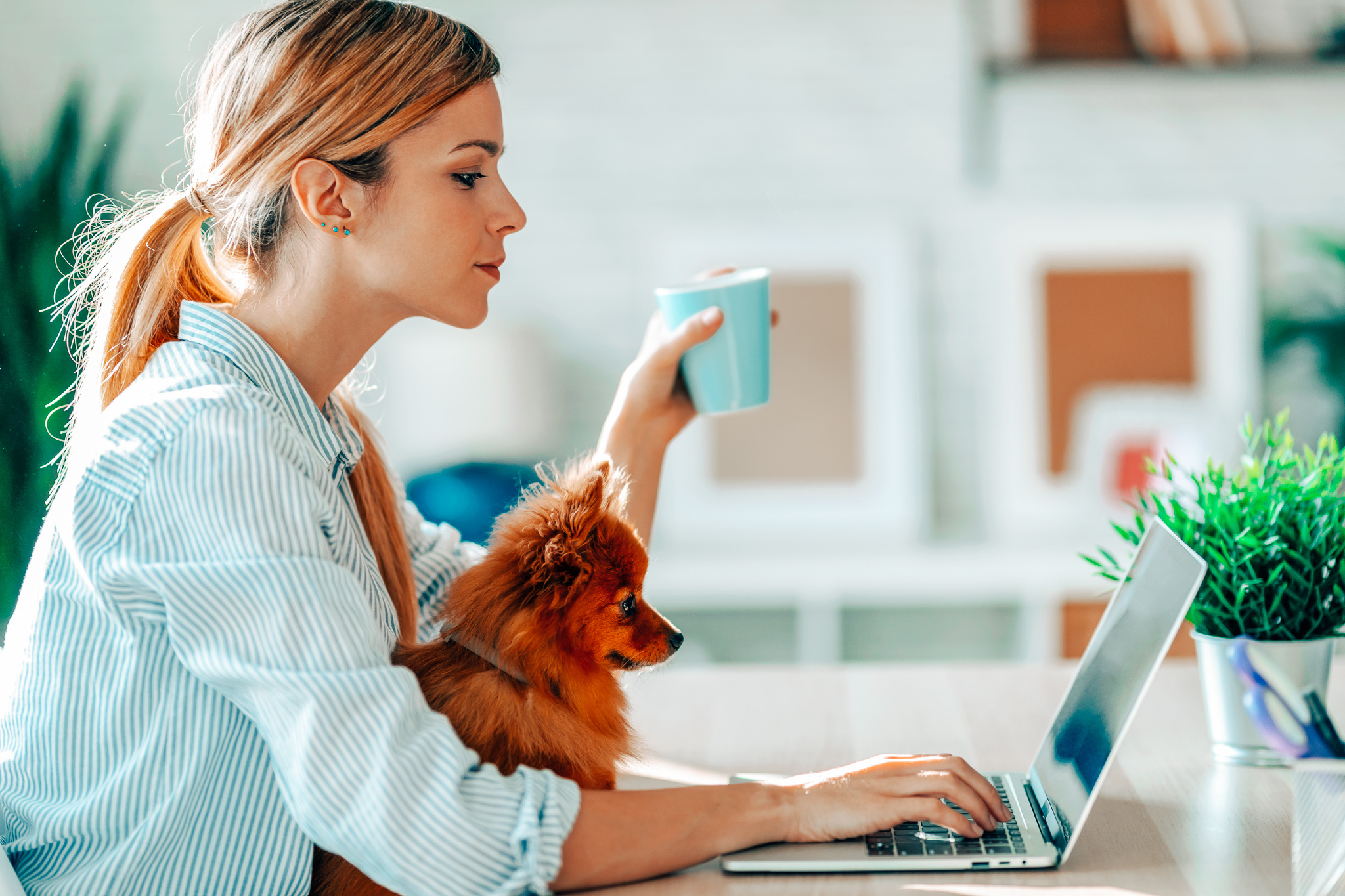 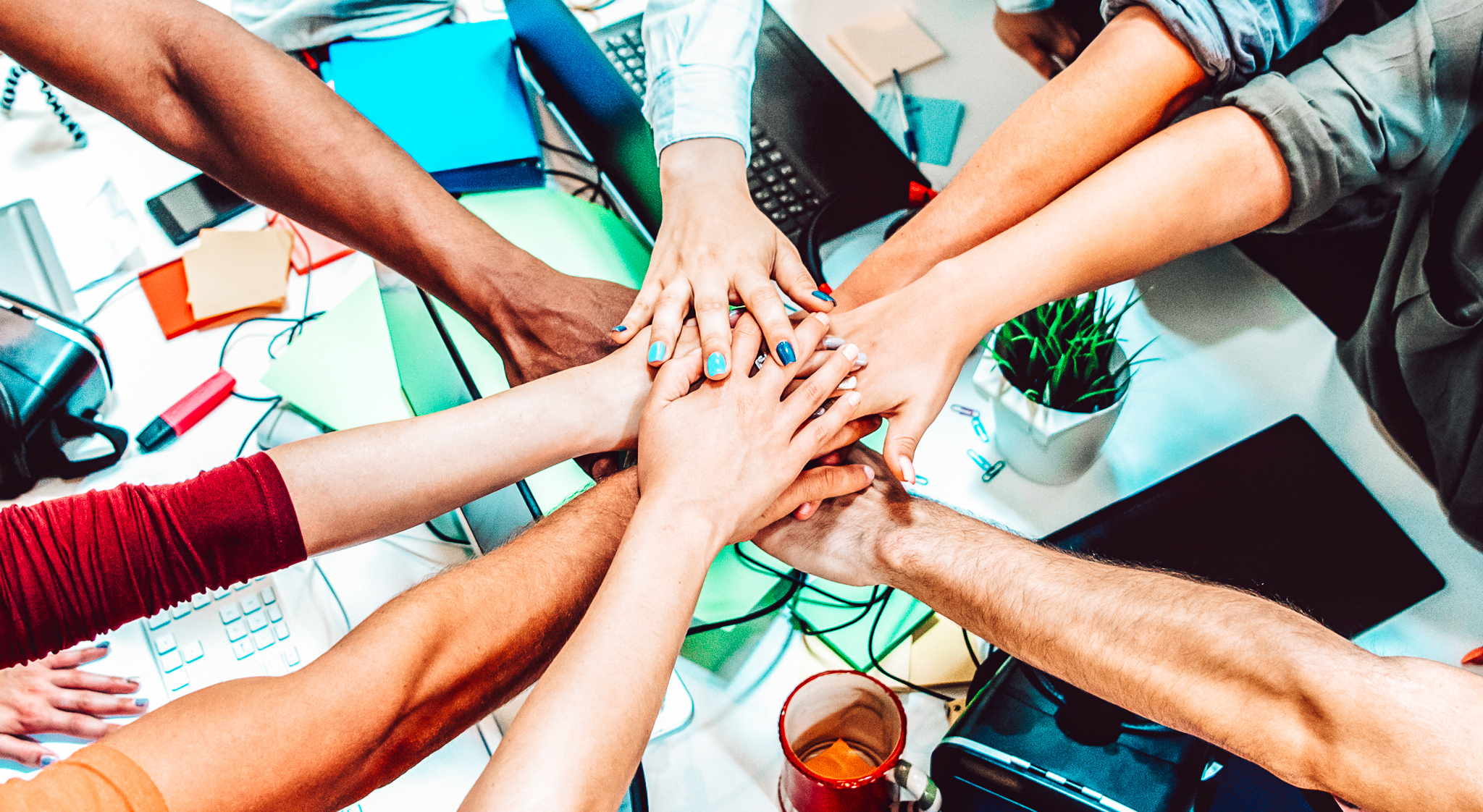 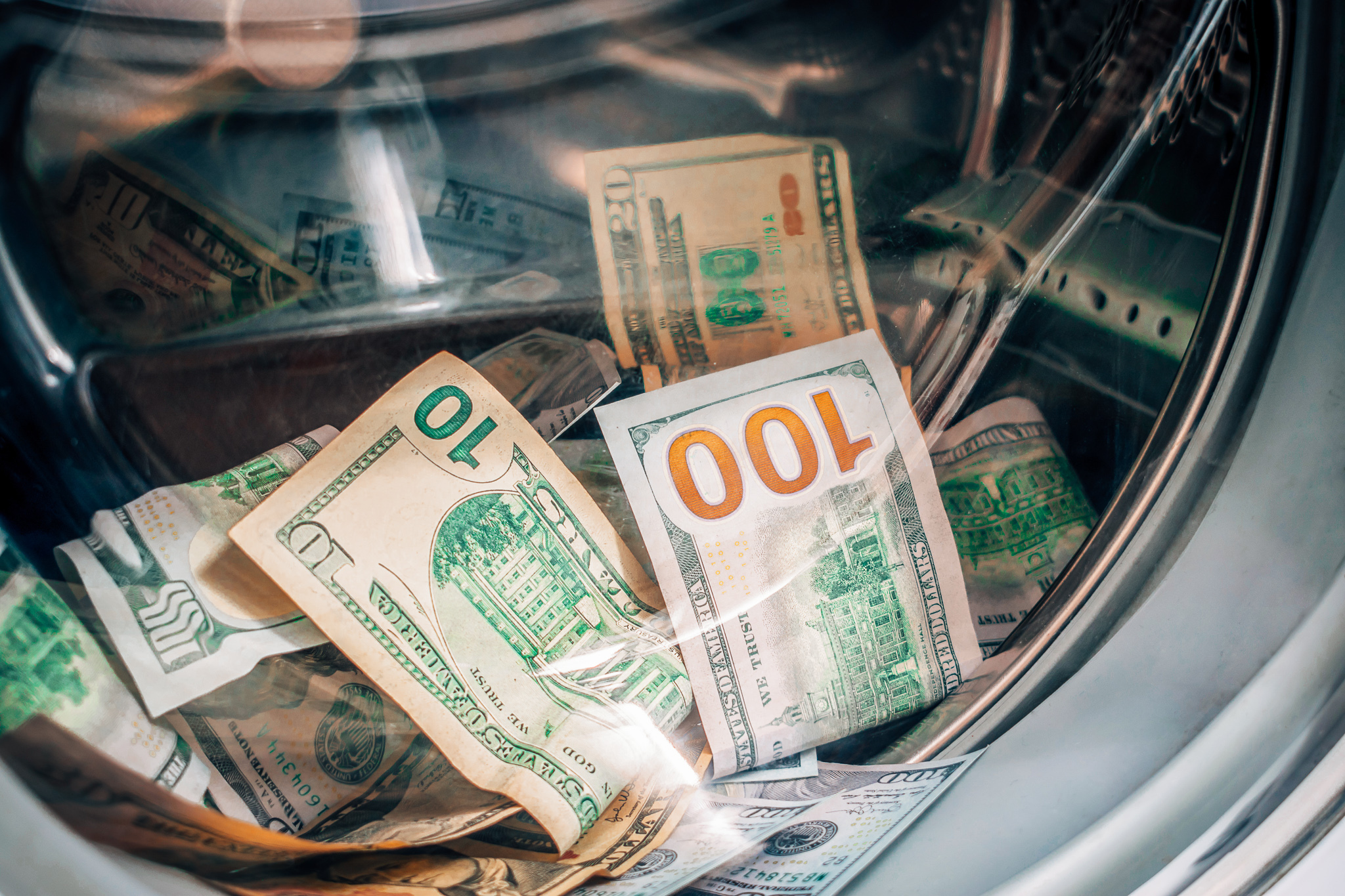